The Committee Draft (CD) of ISO 45001:201x issued July 17, 2014 did not receive enough international support during voting which ended October 18th, 2014.  This means that the Standard will be reissued as another CD2 and will not be moved to the next level of development as a Draft International Standard (DIS) at this time.   The results of the vote were published in PC283 Ballot Report of 10-2014 which showed a 63% approval level, which is 12% shy of the requisite 75% approval for the standard to be moved to the next level.   Of 47 votes cast, 11 were Yes votes to agree to circulation of the draft as a DIS.  18 votes were cast as “Yes with comments” and 17 members cast a no vote.  There was one abstention. 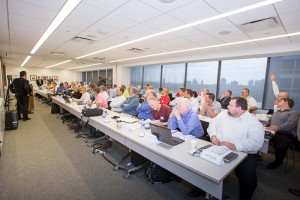 The initial proposed date for publication of the final international standard outlined in ISO/PC 283/N68 issued October 24, 2013 was September 2016.  This proposed release date was based on the assumption that the CD and DIS documents would be approved by 75% of the PC members on the first vote.  The consequence of the failure of the CD to be moved to the DIS level is unclear at present but this turn of events is likely to delay the release of the final version of ISO 45001somewhat beyond September 2016.  The International PC will be meeting the third week of January 2015 in Trinidad to work on preparation of the next draft of the Standard (CD2) which is expected to be released in February 2015.

The reason for failure of the vote to move to the DIS level is simple to explain. The CD  did not get the required 75% approval needed.  Why there was not enough support is more complicated but in general not enough PC members believed the standard was mature enough to move to the next level of development.  Enough members felt the standard needed more work at the CD level to prevent it from becoming a DIS. 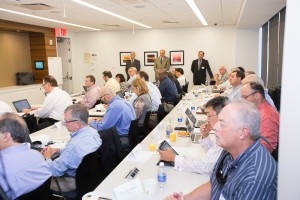 As part of the voting process almost 2500 comments were submitted on the CD which is a good indication that many believe this new standard needs additional effort invested in it before it can be issued as a DIS.  The US submitted 152  comments and the  International Labor Organization (ILO) submitted 174.  Along with its 119 comments Japan submitted a position paper (ISO/PC 283/N134) against ISO/CD 45001 that summed up in three comments, some of the most important issues that need resolution before this important standard can be moved to the next level of development .  The following is a brief summary of these comments.

ILO Participation –  “It is important to fully use the knowledge and experience of the ILO which has dealt with international labor issues”.

ISO and the ILO are having difficulty in reaching agreement on some important terms and concepts and if this tension cannot be resolved to the mutual satisfaction of both parties two conflicting standards may emerge.  This situation will inevitably lead to confusion by users of these standards and diminish the value  of ISO 45001and certification to this standard.

Use of the Term “Risk” Vs OH&S Risk

At present ISO 45001 uses the terms Risk and OH&S risk in several locations in the CD.  The use of these terms is thought to be potential confusing to users and the recommendation is to only use the Term OH&S Risk in the context of ISO 45001.

Annex A Not Thoroughly Reviewed

Unlike The Technical Committee for ISO 14001 which is authorized to issue multiple standards and guidance documents for environmental management such as ISO 14004 and ISO 14064, PC 282 charter was limited to development of one document only, ISO 45001.  At this time there are no plans to issue other guidance documents to supplement ISO 45001.  As a result the only guidance or interpretive information that is likely to come from ISO on OH&S management system will be in an Annex to the standard (Annex A).

Therefore it is vitally important that the information in the Annex A be reviewed and approved by PC members before it is issued.  The current state of Annex A is considered by some of the PC members as not having been reviewed thoroughly and the amount of text is too much and in need on condensation and streamlining.

The failure of PC 283 to move ISO 45001 to th DIS stage will likely result in some delay if the issuance of the final international standard by several months into early 2017.  However, this delay will help insure that all interested parties have an opportunity to contribute to its development.  In the end this will result in a better standard with wide international acceptance.