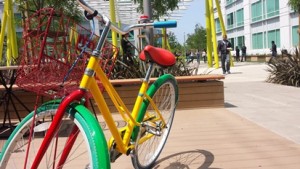 We recently participated as voting members in a meeting of the United States Technical Advisory Group (TAG) for the new ISO 45001 (Occupational Health and Safety) standard.  The meeting was held at Google Headquarters in San Francisco.  Extensive discussion took place within the TAG regarding the United States TAG position on the proposed ISO 45001 Draft Standard (CD#2).  The consensus was strong that the United States TAG believes the standard is still not ready to move to the next stage of the standards development process (DIS).  To this end, a motion was made, seconded, and unanimously approved during the course of the meeting and at a follow-up conference call.

The motion and its result were communicated in a letter to the American National Standards Institute (ANSI) on June 3. The motion was as follows:

The United States votes “No with Comments” on the draft standard with the position that the proposed standard is not yet ready to move to the DIS stage of the standards development process.

The impact of this negative vote is uncertain because the US has only a single vote on the International ISO 45001 committee (PC283) and there could be enough votes by other nations to move the standard to DIS rather than to another Committee Draft.  The US is voting that the standard go through another cycle as a Committee Draft (CD3) to allow more time to iron out some sensitive and controversial issues. 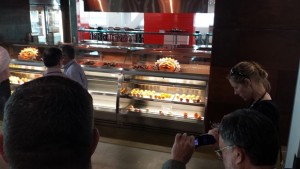 When at work Googlers are never more than 100 feet from good, healthy food

Initially many of the TAG and PC members familiar with government mandated safety requirements (OSHA) were of the belief that this standard was much like a new law or labor regulation.  The good news is that the understanding of the standards development process by memberships of the US TAG and members of the International Committee is maturing which in turn has resulted in more flexibility for users of ISO 45001.  Over the last 2 years many of the membership has come to understand that allowing flexibility in how organizations choose to implement their OHSMS is key to its acceptance by potential users.

During the meeting in San Francisco we were able to talk candidly with the US TAG leadership and the belief is that a final draft of the ISO 45001 standard may not be ready until early 2017.  This will require that the PC is granted a 9 month extension to the three year project timeline that was originally approved by ISO.